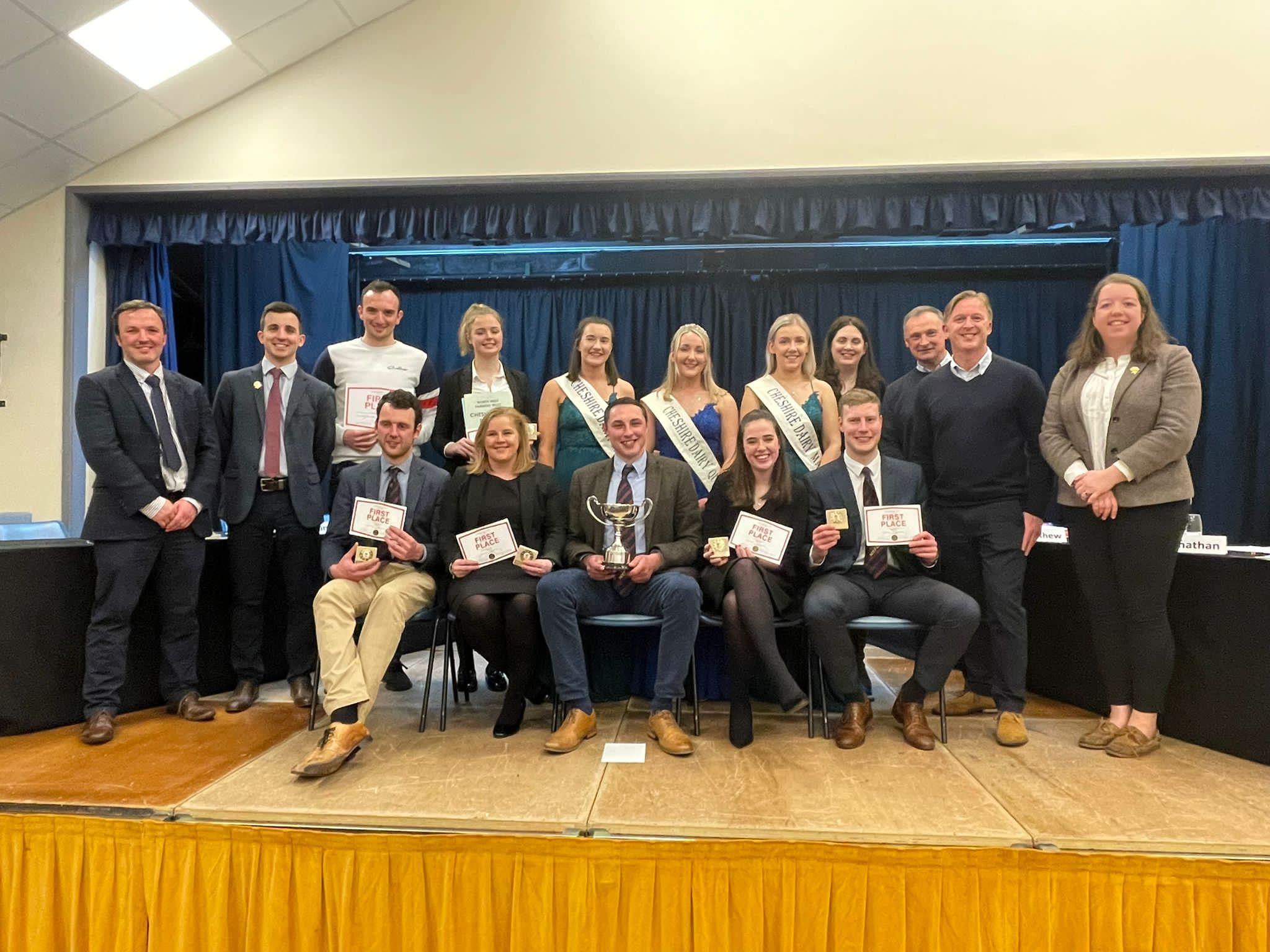 After weeks of prepping and debating it was Congleton YFC and Nantwich YFC who made it to the final on 21st March at Byley Village Hall.

There was a huge turn out of supporters which is always very encouraging to see and makes for a great debate.

Congleton were the home team on the night. The non-agricultural title was ‘This house believes the UK’s best days are yet to come’. This was proposed by Charlotte Kinsey and seconded by James Fernie from the away team Nantwich and opposed by John Nixon and seconded by Tom Radley from the home team Congleton.

The agricultural title proposed by Sarah Nixon and seconded by Lizzy Andow from Congleton was ‘Consumers should have more say on how their food is produced’. This was opposed by Mollie Pickering and seconded by Matthew Wright from Nantwich.

As always during the debates there is a set speech which was titled ‘Farm Life’. This was taken on by Winnie Bullock (Congleton) and Jonathan Proudlove (Nantwich) and an impromptu speech taken on by both teams with only 7 minutes to prepare!

The debates were extremely close throughout the whole night which kept the audience on the edge of their seats. We must thank our judges Jonny Hewitt (Chair of judges), Katie Jones and David Hall. They had a very tough decision to make but it was Nantwich who came out victorious.

Also awarded was the Debater of the Night. This award is very kindly sponsored by Nantwich NFU Mutual & The North West Farmers Trust. The judges decided to give this award to Mollie Pickering from Nantwich YFC. It was extremely well deserved and Mollie is definitely a debater to watch out for in the future. 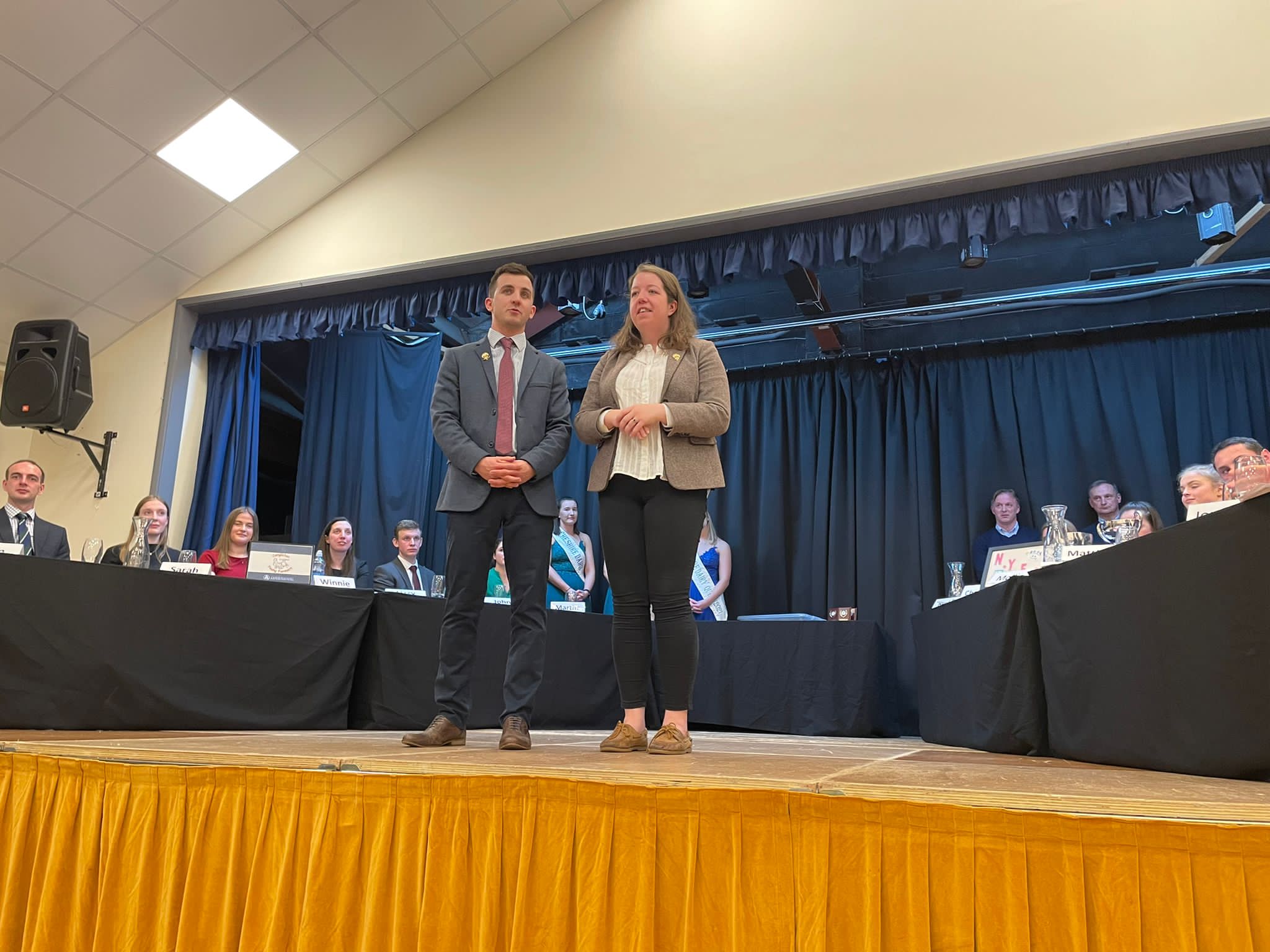 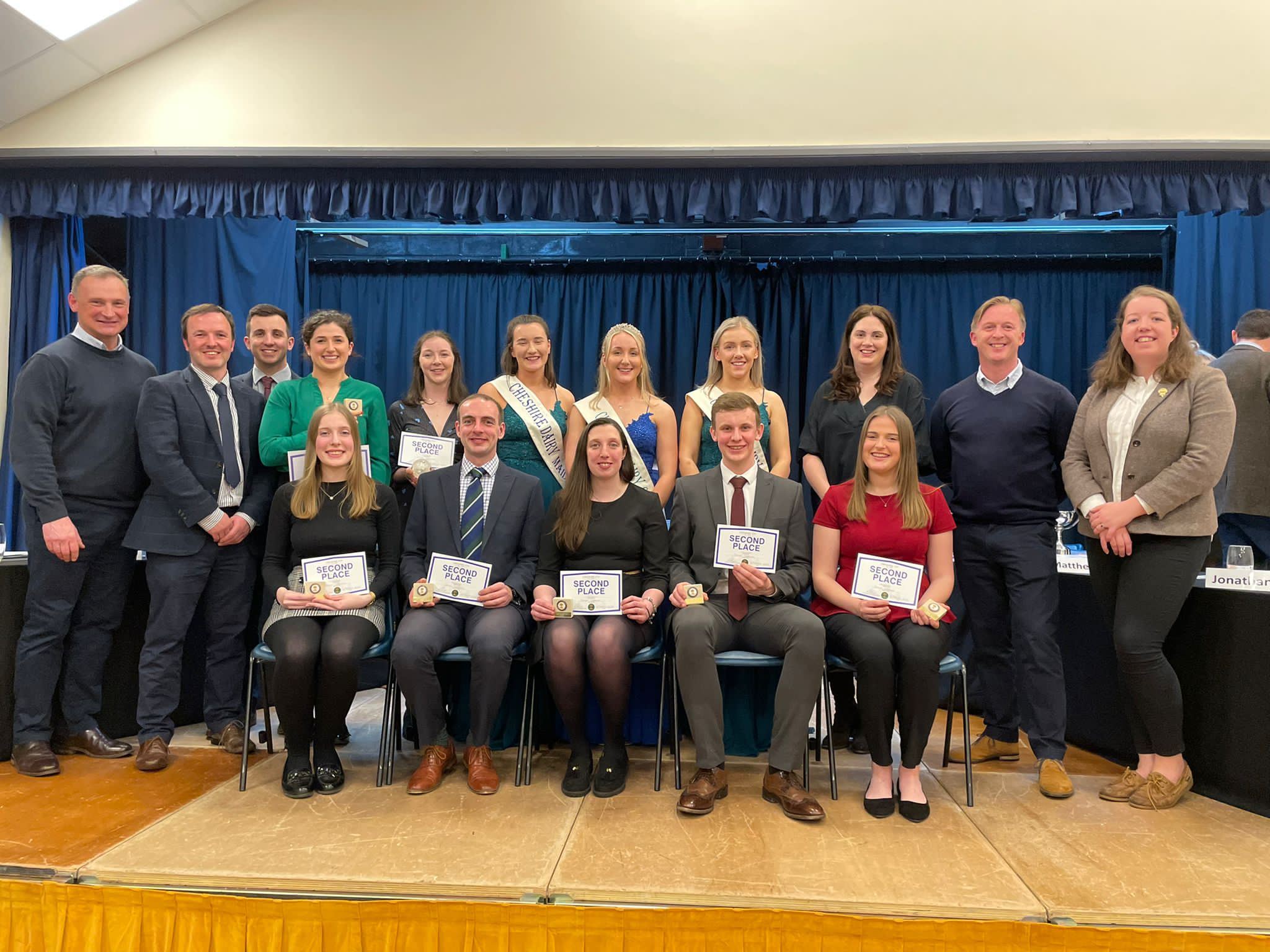